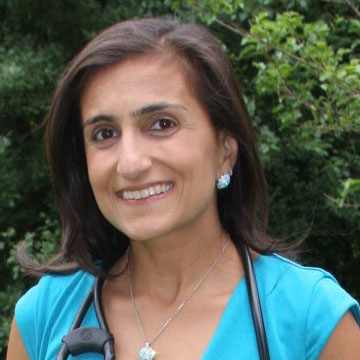 Angioedema is a swelling under the skin resulting from an allergic reaction, often occurring around the eyes or lips. It's underlying cause is unknown. During an allergic reaction, chemicals, including histamine, are released into the bloodstream as an immune response to a foreign substance. The foreign substance that affects the body in this way is called an allergen. What is an allergen for one person may not be one for another person, so angioedema is an idiosyncratic condition. Angioedema is similar to hives, although hives are more superficial. While angioedema is usually not serious, and typically resolves within a few days, if it occurs in the throat or on the tongue, it can interfere with breathing and be life-threatening.

Patients with autoimmune disorders, such as lupus or leukemia, are at greater risk of developing angioedema than the rest of the population. At times, some thyroid disorders or bacterial or viral infections, such as hepatitis, HIV, or Epstein-Barr, may make a patient more likely to develop the condition. In rare cases, angioedema runs in families. The hereditary type of this disease is a distinct disorder, requiring different treatments.

The precipitating causes of angioedema, called triggers, vary from person to person. These may include:

Certain medication including penicillin or ibuprofen may also cause angiodema.

Angioedema develops suddenly and may occur in conjunction with hives. Most often the swelling appears around the eyes and lips, but it may also occur on the hands or feet, or, more rarely, in the mouth or throat where it can be dangerous. Sometimes angioedema affects the lining of the eyes; this condition is known as chemosis. Angioedema appears as large red, swollen welts under the skin that are thick, firm, warm to the touch, and frequently painful. More serious systemic symptoms of the disorder, such as abdominal cramping or difficulty breathing, require immediate medical care.

Angioedema is diagnosed through a complete physical examination and a review of the patient's symptoms and medical history. Breathing is checked to reveal any abnormal sounds. Allergy testing may be administered to identify the patient's triggers. If hereditary angioedema is suspected, blood may be tested for protein abnormalities.

In some cases, mild angioedema requires no treatment. Where the condition causes discomfort or pain, cold compresses may provide relief. Most frequently, antihistamines are recommended and, in more severe cases, corticosteroids may be prescribed. If breathing is affected, inhaled medications are prescribed to open air passages. Patients with a history of angioedema are prescribed injectable epinephrine to carry with them for emergency situations, since angioedema that affects breathing is life-threatening. In patients where the trigger for angioedema has been identified, the trigger should be avoided as much as possible.